Castle of Carlo V: restoration project of the south and the west wings with the galleries and rivellini

Castle of Carlo V: restoration project of the south and the west wings with the galleries and rivellini

The discovery of almost the entire area where the ancient moat once lay not only restores the original relationship between the town and castle but will also serve as a meeting place for the community.

It includes spaces for performances and exhibitions in keeping with the atmosphere conjured by the castle's underground passages, which were recovered as the material was excavated. There is also a magnificent top-lit gallery that will play host to exhibitions while the surrounding ramparts can be used as multi-purpose rooms.

The project has set itself the challenge of redesigning the space surrounding the restored moat, presenting itself as a whole new space capable of becoming a highly important part of Lecce's urban system, selecting features that involve both the elements that had no connection to the excavation and those that belong to the underground parts of the castle that are not accessible today.

The materials used to redesign the area surrounding the moat bestow on it an urban quality, organising the space in such a way that it can offer a wide variety of different scenic, visual and sensory functions as part of a project that communicates a sense of coherence and formal unity when observed as a whole.

There will be a tank with a 5-centimetre-deep pool of water that flows over a bed of polished stone slabs from Apricena, providing not just a decorative but also a fundamentally unifying feature 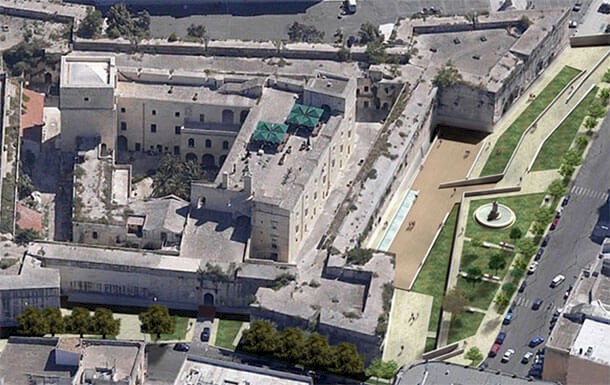 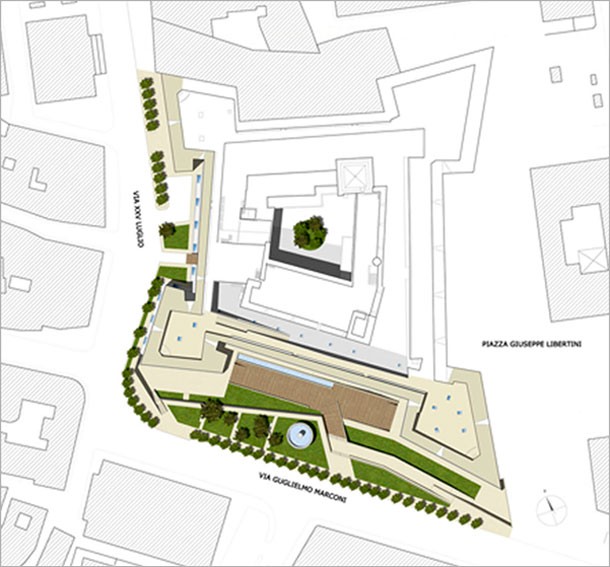 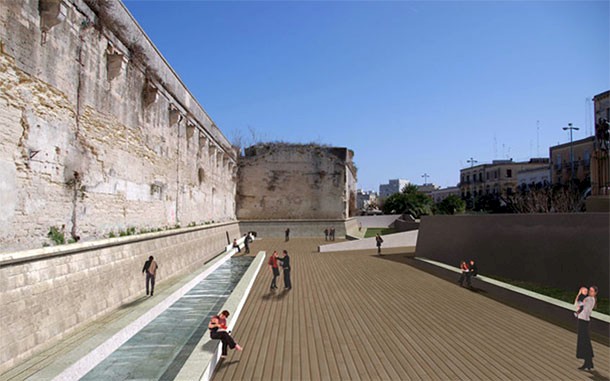